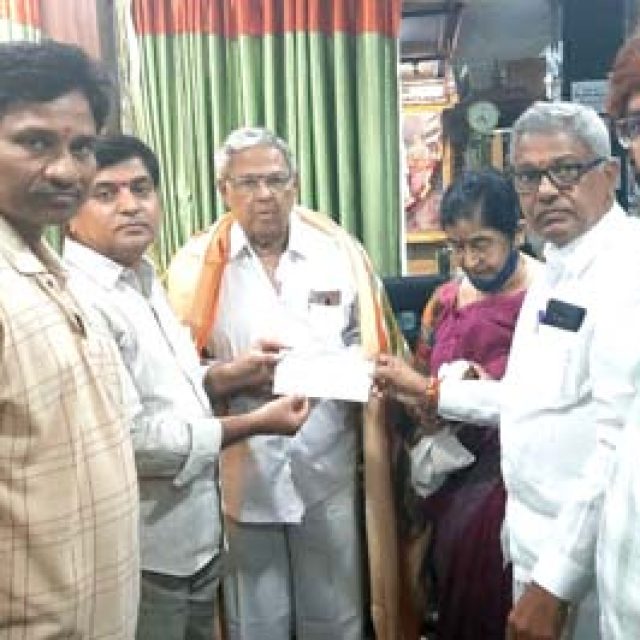 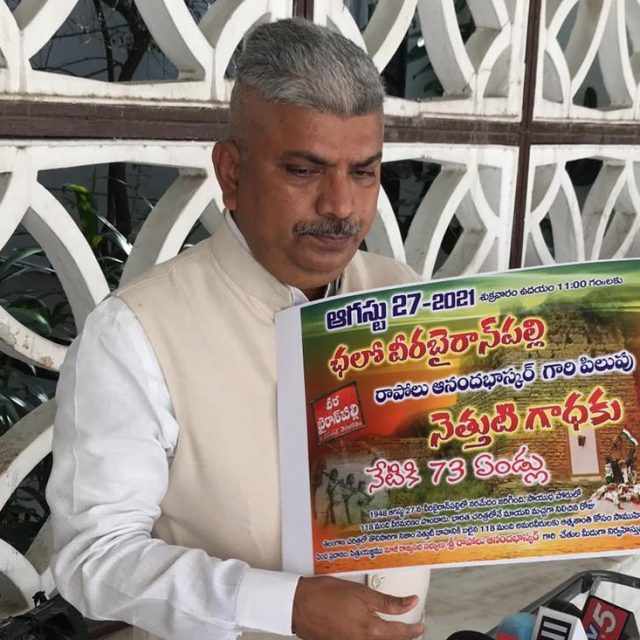 #August #August27 #ChaloBhairanpalli For Shraddhanjali to 118 FallenFighters of 1948 at Buruju built by Warriors at Bhairanpalli of Maddur Mandal of present Siddipet District and erstwhile Warangal District of Telangana. On August 27 Friday at 11 AM #AnandaBhaskarRapolu To perform PithruYajna and Pinda Pradaan at Bhairanpalli Buruju for eternal peace to the departed souls of FallenFighters. #AnandaBhaskarRapolu Calling upon all Young, Enthusiastic and Dynamic Social and Political Activists, irrespective of Ideology, Party, Caste, Creed and all Social Layers to Observe on #August27 Friday between 11 AM and 12 Noon #BhairanpalliAmarDivas With Tributes and One Minute Silence. 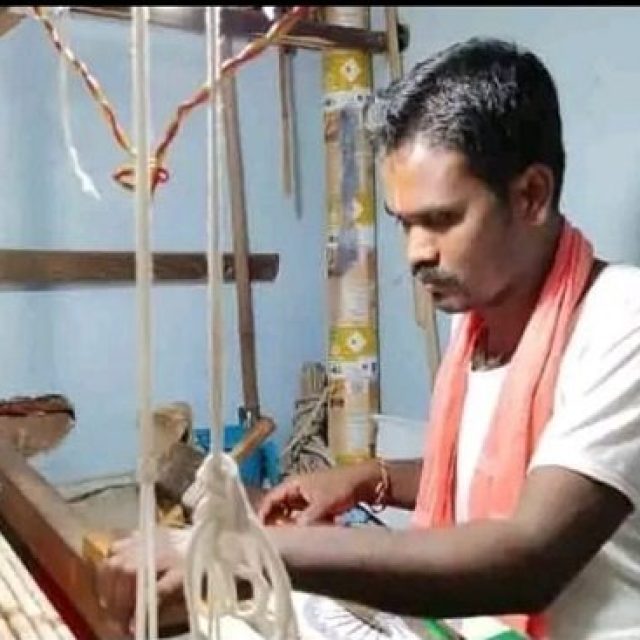 The Padmashali’s are the third largest Other Backward Class (BC-B-17) community in Andhra Pradesh with more than 90 lakh population. They are spread all over the state, but have a visible tendency towards urbanization since the occupation of weaving and marketing cloth becomes easy from urban and semi-urban centers. Padmashali community produces cloth from cotton and animate yarn (silk).

Over the centuries, Padmashali’s developed exclusively cloth-weaving skills. They produce cloth as a marketable commodity, without having any organic links or skills in the production of the raw material. The Padmashali men generally do not have the expertise in ploughing, farming and their women lack seeding and crop-cutting skills. Thus, their skill structure, over a period of time, became one-dimensional. By the time the British arrived, the Padmashali’s were producing huge quantities of cloth and controlled a leading cottage industry of India.

Perhaps because they largely stay indoors, or because of characteristic genes, community members have developed reddish skin and are hence known as erra kulamu (red caste) among the OBCs. The Padmashali caste is highly Sanskritised, with all the men wearing the sacred thread(Jandyam/yajnopavith/gayatri dharan). In terms of social consciousness, it is more Brahminic than any other OBC caste in Andhra Pradesh & some of them in Karnataka, Tamil Nadu and Maharashtra also. In spite of all these Brahminic characteristics, padmashali caste did not get integrated into ritual Brahmanism and remained uneasily within the broad Vaishya category.

As of now, the weaving industry has undergone three stages of development. When the British began to impose Lancashire cloth, the Padmashali’s were operating a weaving technology called gunta maggam (pit-loom). This process involved using a rough wooden loom made by the village carpenter. It involved the labor of both men and women. Every Padmashali boy learnt how to handle the loom while growing up, and every Padmashali girl learns the yarn-making process. The cloth that the pit-loom produced was meant to serve the needs of village market. It was rough-and-tough cloth meant to protect the human body from heat, cold and rain. The Padmashali economy was part of the agrarian economy, without much fluctuation. Of course, it fetched a living wage, in wares or cash. And some Padmashali’s, through personal experience, developed considerable individual expertise and were capable of producing high-quality cloth.

The Padmashali Network is a culmination of set of ideas. The main aim of the Network is to bring about a qualitative change within the community from the inside, instead of depending on external agencies.

The vision behind the Padmashali.net is to bring together all Padmashali’s on a common platform for the betterment of our community.

ADD YOUR COMPANY TO OUR CATALOG FOR FREE